In recent days, the trend of RMB exchange rate continues to draw attention. The People's Bank of China (PBOC) authorized the China Foreign Exchange Trade System (CFETS) to announce that the central parity rate of RMB per US dollar was 6.4596 yuan in the inter-bank foreign exchange market on April 22. That was 498 basis points lower than 6.4098 yuan on April 21. The midpoint fell the most since March 9, 2021. It is learnt that in early March this year, the central parity rate of THE RMB against the US dollar had approached 6.2 yuan. Compared with 6.3014 on March 1, the central parity rate of the yuan against the DOLLAR has weakened by 1,582 basis points in more than a month. 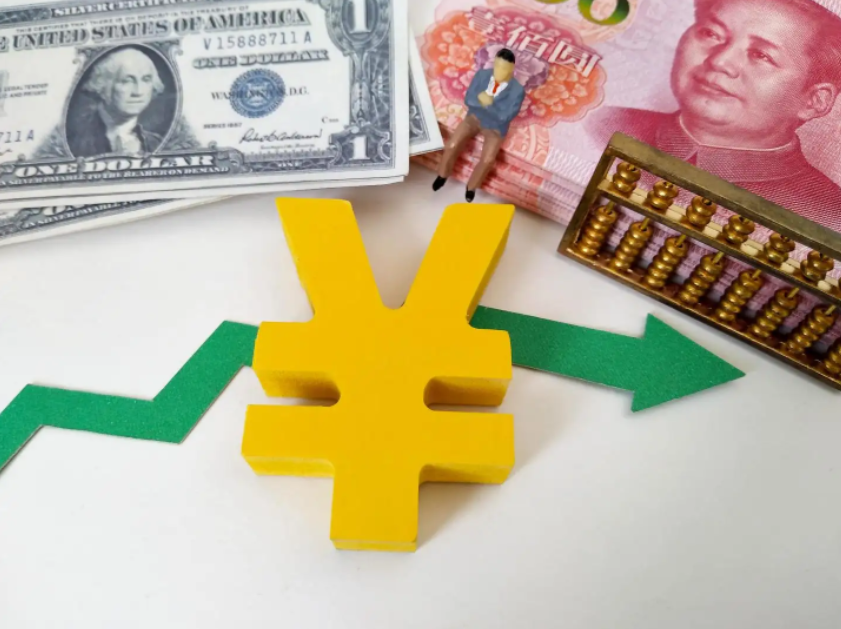 Liu Ying, director of the Chongyang Institute for Financial Studies at Renmin University of China, said in an interview with China Trade News on April 25 that the RMB exchange rate continued to fall, mainly due to the strong US dollar caused by the Us Federal Reserve's rapid interest rate hikes and monetary policy tightening this year. "The rise in the DOLLAR index has led to a relative depreciation of the renminbi."

Liu Ying told reporters that us CPI hit a 40-year high of 8.5 percent in March, forcing the Federal Reserve to raise interest rates in response. Federal Reserve Chairman Jerome Powell said the central bank may raise the federal funds rate by 50 basis points at next month's policy meeting and may need to make similar increases later. In March, the Fed projected a median fed funds rate of 1.9 per cent in 2022, up 100 basis points from December, or a total of seven rate hikes this year.

"The Fed's continued rate hikes have led to a repatriation of us dollars, pushing up the DOLLAR index and forcing downward pressure on the renminbi. At the same time, spillover effects of geopolitical risks are also contributing to the renminbi's decline. Affected by the sanctions imposed by European and American countries and other factors, the expectations of the outside world on The Asian market have been brought to a rhythm and lack of optimism. In addition to the renminbi exchange rate, Japan, South Korea and other currencies have also been lower recently. In addition, the economic growth rate in the first quarter was not high, and the new round of COVID-19 spread in Many places in China, which made some market players the future economic growth, which also caused doubt to the RMB exchange rate to some extent." Liu ying said.

In Liu ying's view, the decline of the RMB exchange rate will not last for a long time. "The key to the direction of the RMB exchange rate is economic strength, which depends on the development of the domestic real economy this year and in the future. In the near future, with the effective prevention and control of the epidemic across the country, people's production and life will be gradually relaxed, and consumption will gradually become the driving force. In terms of investment, China has potential and advantages in new and old infrastructure, real estate investment and manufacturing investment. In terms of import and export, the short-term adjustment of the RMB exchange rate is also beneficial to enterprises' export. At the same time, China's macro policy also has a relatively rich policy tools. With the combination of macro and micro policies and counter-cyclical and cross-cyclical adjustment, China's solid economic growth will not be weakened by the impact of the epidemic. The RMB exchange rate, which has been kept basically stable at a reasonable and balanced level for a long time, will not be changed."

In the capital university of economics and Trade economics professor Liu Hong, the short-term adjustment of the RMB exchange rate, part of the domestic foreign trade export enterprises will be good. Compare with it, partial foreign trade import enterprise or will face adverse effect.He told reporters that the overall development of China's foreign trade industry is good. Due to the impact of COVID-19 and the international situation, the structure of China's foreign trade has been adjusted, and the production and use of manufactured goods has been partially affected. However, the demand for daily necessities, vegetables, fruits and grains is still rigid and the supply and demand is stable, and there will not be significant changes.

Not long ago, the Opinions of the CPC Central Committee and The State Council on Accelerating the Construction of a National unified Market were officially released, providing an action plan for the construction of a national unified market from an overall and strategic perspective. And from the point of open domestic and international dual cycle, the construction of unified big market better unicom will promote domestic and international market, promote the internal and external market rules standard accommodation, is advantageous to the single to the domestic market for high-end elements in " the kernel" strongly attract overseas resources inward, so as to provide the basis for a new development pattern in order to speed up the building.

To this end, Liu Hong suggested that foreign trade enterprises should seize the opportunity of the devaluation of RMB and reach more export cooperation orders in the short term under the background of mainly using THE US dollar as the settlement currency. In addition, hammering also needs its own hard, domestic foreign trade enterprises should also learn to "constant should be changed" business wisdom.